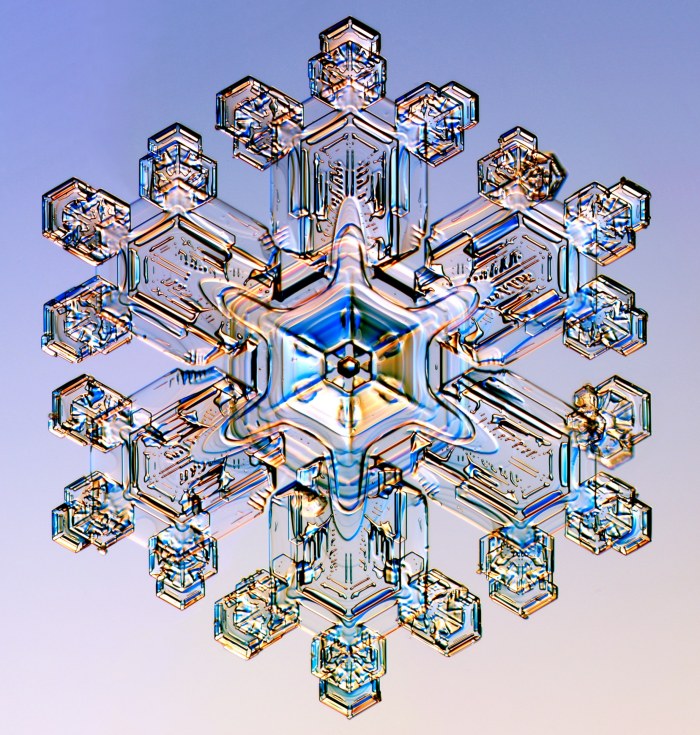 I sit and watch as snowflakes hit my windshield one after another. I am amazed at how detailed and beautiful these handcrafted drops of ice are. How often have I had the chance to even pay attention? How easily it would have been for God to disregard the details in the snowflake, because, unless you really stop to pay attention, who really cares if they were just balls of snow with only a practical purpose? But God cared. It makes perfect sense, aligned with His nature, that the Artist that created the world paid attention to the details we rarely notice. Life can be like a good movie; the more you watch it, the more you see the details that were placed there by the director.

To the keen detail God gave to snow, how much more care did He take to craft us, whom He made in His own image? (Gen. 1:27)

I praise you because I am fearfully and wonderfully made.

This beauty and care was not taken lightly; you were not descended from an ape, evolved over time. You were handcrafted from a God that cares; who knew you even before you were formed in the womb.

Before I formed you in the womb I knew you.

Even the hairs on your head are numbered. I am a mother of three, and I am always awestruck when I get to see a sonogram of one of my babies. It brings these verses to life for me, as I not only get to feel the baby growing and stretching my body, but also visually see the progress. Without these high tech machines one would have no idea of when the heart beat starts or when their feet are formed. But since we do, I can tell you at :

Week 5: baby has a heartbeat  (Many people don’t even find out their pregnant till around now, because they are just discovering they missed a period)
Week 10: elbows on baby’s arms already working
Week 13: vocal cords
Week 15: can kick, flex and move. Can wiggle fingers, suck their thumb.
Week 20: find out gender

What’s also neat is that this systematically happens with every baby. There is design and purpose.

The intricacies of a human are so complex and detailed it astounds me. I am by no means a human anatomy expert, but here are some amazing facts I’ve learned about DNA.

These facts are just a taste of the DNA world that God chose to form and design who we see before us. I think of my husband with his web developing, each line of code he types has to be so precise because even a lack of semicolon could render a page to not work. That is just like our human bodies; God designed it just so, that when the DNA code is out of whack there are problems. We take for granted the ability to move our fingers, to view the world through the complexities of our eyes, or to depend on the pulsating of our heart to keep us going.

God’s design is beautiful; from the snowflake to the human body, and everything in between. I encourage you to take time today to pause and appreciate the beauty and craftsmanship all around us.

God saw all that He had made, and it was very good.