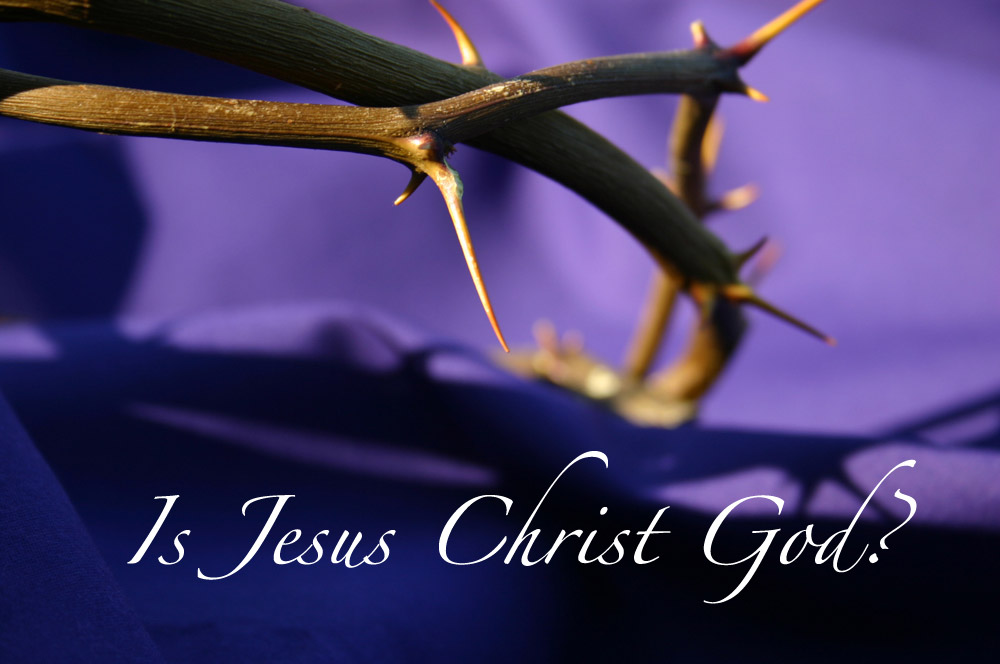 Who is the man who walked the earth many years ago? Some claim He was a prophet, a good teacher, a moral man, but was He actually God? What is the truth? It is confusing to wrap our head around this complex topic, known as the Trinity. For today, we are focusing on factual biblical references that validate the claim of Jesus deity.

I, even I, am the LORD; and beside me there is no Saviour. I have declared, and have saved, and I have shewed, when there was no strange god among you: therefore ye are my witnesses, saith the LORD, that I am God.

Even before Jesus was born, Isaiah prophesied of His arrival, saying that He would be born to a virgin, and be called Immanuel, which means God with us. (Matthew 1:22) Beginning with His conception His deity was being made known.

The reason He was not specifically called Immanuel, was because Jesus had many names that described his characteristics, but were not His official name given by His parents.

His name shall be called Wonderful, Counselor, The Mighty God, The Everlasting Father, The Prince of Peace

Jesus tells Satan in Matthew that we are to worship the Lord your God and serve Him only.

Worship the Lord your God and serve Him only.

Yet, Jesus was worshiped and will be worshiped

Claimed to be God

I and the Father are one.

Anyone who has seen Me has seen the Father.

In your relationships with one another, have the same mindset as Christ Jesus: Who, being in very nature God, did not consider equality with God something to be used to His own advantage; rather, He made Himself nothing by taking the very nature of a servant, being made in human likeness.

God spoke through the Prophets and Disciples of Christ’s deity

Beyond all question, the mystery from which true godliness springs is great: He appeared in the flesh, was vindicated by the Spirit, as seen by angels, was preached among the nations, was believed on in the world, was taken up in glory.

In the beginning was the Word, and the Word was with God, and the Word was God. He was with God in the beginning. Through Him all things were made; without Him nothing was made that has been made.  In Him was life, and that life was the light of all mankind.  The light shines in the darkness, and the darkness has not overcome it. The Word became flesh and made His dwelling among us. We have seen his glory, the glory of the one and only Son, Who came from the Father, full of grace and truth. For the law was given through Moses; grace and truth came through Jesus Christ. No one has ever seen God, but the one and only Son, who is Himself God and is in closest relationship with the Father, has made Him known.

For in Christ all the fullness of the Deity lives in bodily form.

Pilate questioned Him, “Are You the King of the Jews?” And Jesus answered him, “It is as you say.”

King here is the greek word basileús which means:

The Pharisees and the teachers of the law began thinking to themselves, “Who is this fellow who speaks blasphemy? Who can forgive sins but God alone?

Resurrected From the Dead

Jesus died a horrific death, crucified as though He was an outlaw. He took on the sin of the world, for you and me. Three days later He rose again, having power over the grave. He was seen by over 500 people to validate this claim, and encouraged His disciples daily over a 40 day span, giving them enough faith to preach the gospel to the world. These are the same disciples that fled the cross, and denied him publicly at his crucifixion. Where did this empowerment come from that would allow many to be martyred for their risen King. If He wasn’t truly dead when He was put in the tomb, He was beaten to a pulp and crucified. So if he survived a near death experience, and His disciples found Him, that may give them a small spark to say Jesus is Alive, but not to lie that Jesus is God, and die for the cause they are fighting for.

And if Christ has not raised your faith is futile, you are still in your sins

Like the disciples who switched gears from doubting to believing, so has many hearts over the centuries. Even if these twelve men had the passion to talk to hundreds of people a week about Christ, some but definitely not the majority would care enough to share it with someone else, unless they them self truly believed. The disciples are long gone, but the passion that Christ is God still reigns free.

We are in need of a Savior

If you have ever lied, or cheated, or broke the law by speeding, as well as, anything thing else that may deem you imperfect, you are in need of a Savior. My hand is raised. We are not holy enough to get to Heaven on our own.

We all fall short of the glory of God.

If Jesus wasn’t God how could he be the atonement of our sins? He would not have the power or authority to be that sacrifice. But on the contrary, He is God, King of Kings and Lord of Lords, who humbled himself in human form so that we may live. What profit would it be to Jesus, to claim He was God, and die a horrific death, if only to get temporary satisfaction and than rot in the grave. No, Jesus knew the end of the story, He knew He was the atonement for our sins, the perfect spotless lamb of God who would come to die for each one of us, so that we may live eternally. That’s love.  After 3 days, He would rise from the grave showing that death did not hold Him captive, and it doesn’t have to hold us captive.

For God so loved the world that he gave his one and only Son, that whoever believes in him shall not perish but have eternal life.